The following testimonials have kindly been provided by some of GS Building Solutions previous clients.

Further references and contact information can also be provided. 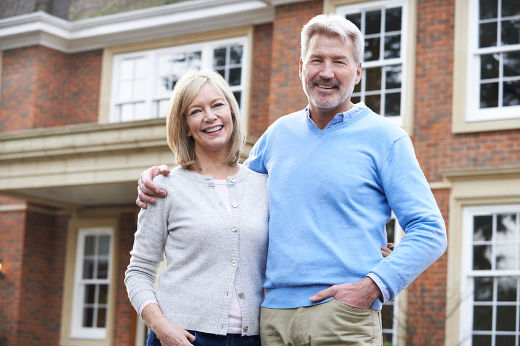 We have been so delighted with the work carried out by Gary and his team on our extension. He is not only an incredibly hard worker with impeccable standards but he was great at keeping us informed at every step of the way, happy to discuss any issues, turns up early everyday! We would have no reservations in recommending Gary Simmonds. He was an absolute Godsend to us. We wish him all the best!

After a recommendation I decided to try GS Solutions – what a great move! Gary and team were a joy to have around, they started and finished on time were punctual and polite to the neighbours. Any materials and tools were stored neatly on the property. When the job was completed they removed all rubbish and cleaned up.

The job itself (a patio) was finished to the highest standard. I will definitely be using GS Building Solutions again. They were a credit to the trade. Well done to all concerned.

Just to say many thanks for the sterling work on the brickwork for my extension and the patio that you’ve done for me this year. I’ve actually had many other contractors also complementing you on the brickwork too and I have passed your number on to them!

I’ve found you to be well-priced, honest, trustworthy and with a great work ethic. You came highly recommended to me and I’m pleased to say that you’ve definitely lived up to your reputation.

I will definitely be in touch in future for further work and I’m more than happy to provide a reference for you if required.

Gary was a pleasure to work with. He communicated very well with us and the quality of the work was excellent. We would recommend him without hesitation. He was very professional and with excellent project management skills.

Gary has recently completed the landscaping and patio of our back garden. Gary’s standard of workmanship is excellent and attention to detail is second to none. The site was spotless throughout each stage and he had excellent planning skills; no waiting for sub contractors or deliveries etc.

The project was delivered on time and on budget. We wouldn’t hesitate in recommending him and everyone who’s seen our garden has commented how lovely it is.

Gary recently converted my garage into a new living space. He was efficient throughout and completed the work in a timely manner. Also appreciated regular updates as he worked through the project. I can recommend his work.

Gary has recently completed an extensive reordering of our bungalow together with the demolition of the garage and building of new bedroom accommodation in its place. This involved literally every room in the house and we needed to live here while the work was being done. We cannot speak too highly of him.

It was agreed that he would do the extension first and then give us a few weeks to decorate and move into it before they returned to do the reordering of the rest of the house. That worked as expected.

Throughout he was very organised and planned ahead, kept us informed and gave us advance notice of things we needed to decide or arrange. On several occasions he proposed sensible changes or additions to the works which we adopted. He was considerate and good at tidying up as the job went along. He has an excellent team of specialist contractors who we were happy to liaise with direct. Once they started they stuck at our job and were clearly not working elsewhere at the same time.

The price we paid was exactly as originally quoted and the costs of the relatively few extras we asked for as the job went along were reasonable. Provisional sums were set for electrical and plumbing works and the final sums paid were within budget.

He was on site for around six months in all. The work has been well done with remarkably few snags.